Private mobile and fixed networks have been around for many years but on a small scale and in specialised applications. This is set to change with a new release of the 5G specification which focuses on enabling 5G to be used in a host of new applications ranging from farms to factories and from mining to warehouses. But to make this happen, most enterprises wishing to deploy 5G will need to set up and operate a private 5G network tailored to their requirements. Providing this missing link has attracted much interest and not a little hype. In reality, spectrum and devices are limitations at present, but the things are moving quickly, and rapid growth is forecast. Those preparing now will be best positioned to benefit as 5G is used in ever more diverse applications. 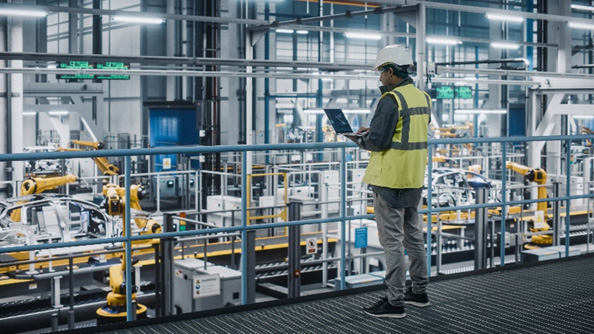 Private wireless networks have been around since before the rise of cellular networks and are used in applications like emergency services as well as by utilities and the military. The scale of these networks has been dwarfed by the worldwide rollout of public cellular networks for consumers. Now, a new driver for private networks is set to have a dramatic impact.

After five generations of mobile technology directed at providing ever better connectivity to consumers, the most recent version of the 5G specification (Release 17) is all about servicing new application domains beyond traditional telecoms – for example in factories, farms, warehouses and self-driving cars.

But traditional public mobile networks are not suited to deliver most of these applications – they may not have the coverage or capacity required and are unlikely to meet special requirements on reliability or latency. In addition, enterprises using 5G in roles critical for their business understandably want to control the network and not be dependent on public networks. For these reasons, the large majority of new 5G applications will need to be delivered by private 5G networks.

In some applications, a localised private 5G network will be required perhaps covering multiple manufacturing sites and offices operated by a multinational. In other cases, such as road transport systems, the area of coverage will be larger, but there will be special requirements such as low latency and high reliability. In yet other cases, the main focus will be on supporting low cost Internet of Things (IoT) style devices in applications like remote meter reading.

Private networks are therefore essential for 5G to move into a host of new applications and, unsurprisingly, this has generated strong commercial interest and a good deal of hype. For example, announcements at the recent Mobile World Congress in March 2022 included:

In a more recent example, BT and Ericsson announced a partnership to provide private 5G networks in the UK; this follows collaboration on several projects, including an ambitious private network covering a major port in Northern Ireland. And in another example, AWS (Amazon) announced last year AWS Private 5G for enterprises. The service offers 5G private network solutions either direct to enterprises or through AWS’s mobile operator partners.

A feature of this new market is the diversity of participants. Included are traditional telecom manufacturers such as Ericsson and network operators like AT&T. There is also strong interest from those traditionally less involved in the mobile industry including public cloud companies such as Microsoft, IT providers like Cisco and specialists such as Mavenir and VMware. 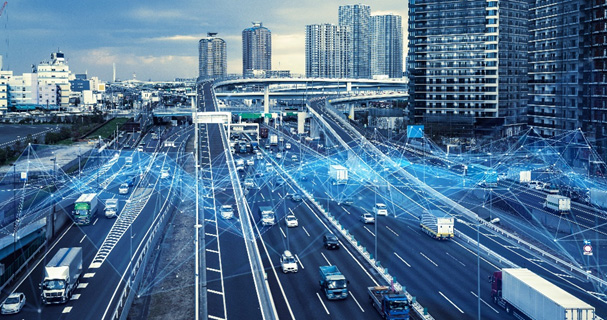 The main application sectors currently being considered for private 5G networks are:

Industrial applications are perhaps the main initial focus area. In this case, 5G is seen as a key enabler for a wider digital transformation often called Industry 4.0.

Within these sectors, likely use cases are:

As an indication of scale, estimates are there are around 2,000 private mobile networks currently in existence. Going forward, Marketresearch.com forecasts 40% annual growth until 2028 by which time the market will be worth $14bn. However, in just the same way that much of the value of public mobile networks is in the applications and services they support, so the real value of private 5G networks will be in the huge range of the services these network will deliver.

As will other new technologies, a large volume of hype has accumulated around 5G private networks. Here we identified the key issues needed for commercial success.

The latest version of the 5G specification (Release 17) was frozen in March 2022, followed by more detailed protocols in June 2022. This version provides many new features supportive of 5G private networks including network slicing whereby a single physical network can be split into multiple logically isolated and independent networks. It also supports unlicensed operation, enhanced edge computing and more spectrum options. It will take 1-2 years for operational equipment to be available supporting these features. But this has not stopped many new private networks being rolled out based on 4G, earlier versions of 5G and, sometimes, proprietary technology.

Another feature in 5G Release 17 is the inclusion for the first time of Non Terrestrial Networks (NTN). This means some private networks could dramatically extend their reach by connecting with low earth orbit (LEO) satellite constellations. An example could be a network serving widely spread remote oil and gas installations.

This is a key issue for 5G private networks. Different countries are approaching the issue in different ways – which in itself is a problem for multi-national private networks. In general, there are four approaches:

Shared – This involves a pool of spectrum shared dynamically between networks. The best example is the US Citizens Broadcast Radio Service (CBRS) consisting of 150MHz of spectrum in the 3.5GHz band

Unlicensed – This is targeted mainly at the unlicensed mode within 5G, NR-U, mainly operating in the 5GHz band

Dedicated – Here prospective private network operators may apply for local licenses to use spectrum. Different countries use different bands for this, with the majority being between 2 and 4GHz.

In addition, the latest 5G specification includes provision for network slicing so a private 5G network could take the form of a slice from a network operator’s public network. There is no specific spectrum requirement for this approach, although it is closest in concept to leasing.

Open RAN and 5G private networks have been called a “match made in heaven”. This is because ORAN offers private network developers the opportunity to mix and match components and virtualise their network functionality. In addition, the RAN Intelligent Controller (RIC) component within ORAN simplifies operation and increases flexibility. ORAN is developing as a solution in public mobile networks. However, its advantages are especially relevant for 5G private networks and it could be that large scale uptake will be in private networks first.

The availability of low cost public cloud is a driver for 5G private networks since complex functionality can be shifted into the cloud and the need for specialised equipment minimised. It also enables private network functionality to be offered as-a-service and makes it easy to scale operations as demand grows. Recognising the opportunity, the major cloud providers are already offering private network solutions, often in conjunction with partners.

Enterprises have much to consider in determining whether, and when, 5G private networks should be a part of their digital strategy. The first step is to be absolutely clear on requirements which should be based squarely on the needs of the business rather than the available technologies or partners. Beyond this, the following needs to be considered:

Technology – Whether to use WiFi, 4G LTE, 5G or a combination? The key drivers towards 5G are typically low latency, high reliability, wide area coverage, high capacity and deployment flexibility.

Spectrum – As listed above, there are four key options here depending on the regulatory regime in the country or countries concerned. For mission critical applications, leased or dedicated spectrum are likely to be desirable. A slice of a public network or using shared or unlicensed spectrum may be subject to more compromises, although will be perfectly acceptable in many cases and is likely to be more economical.

Custom solution or as-a-service – The option here is either to build a private network from scratch, or use one of several available as-a-service solutions. The latter could be in the form of a network slice from a public operator, or a solution provided by a vendor such as Cisco. If buying a network on an as-a-service basis, it will be necessary to decide how to carry out any customisation needed along with the operational model.

Roadmap – Many early adopters of 5G private networks, accept that current deployments are at the proof-of-concept or pilot stage. In most cases, moving to private 5G networks will be an journey, with the rollout of new features over time. As such, it is important to define a roadmap

Partner ecosystem – This is particularly important given the wide range or partner types available including consulting firms, system integrators, mobile operators, cloud providers, IT vendors, mobile network vendors, specialist providers and application sector specialists. It is important not to limit options at an early stage – for example teaming at the outset with a network operator is likely to preclude a solution involving unlicensed spectrum.

The completion of Release 17 of the 5G specification, is a bold move which will extend 5G to a whole new range of applications beyond the status quo of simply providing connectivity to consumer smartphones. Our view is this move will be successful, although it is not clear yet which applications will be the early movers and which will ultimately be most successful.

Most of these new 5G applications will require a private 5G networks controlled by the enterprise concerned. This represents a big change from current mobile networks where the end-users are consumers.

It may be private networks, taken together, could in future rival public networks in their scale. The extent of the opportunity to deliver and operate these private network has not been missed. It has attracted widespread interest from a diverse range of industry players – and a good deal of hype.

As to which sectors of industry will benefit most from the private 5G opportunity, at present the advantage is with mobile operators because of their spectrum ownership. However, this is likely to change going forward as more dedicated spectrum for private networks becomes available and as shared and unlicensed alternatives such as the US CBRS system become more widely used. One group that may benefit are MVNOs who could themselves become private network operators rather than essentially resellers of their host network; MVNOs may also be well positioned to package private network services for enterprise customers.

The reality is 5G private networks are at an early stage and there are still limitations, particularly in spectrum and devices. But this is going to be a critical part of the wider digitisation journey for many enterprises, and we recommend potential end-users at least consider how private 5G networks will fit into their digital strategy and define a roadmap. Better still would be to engage in proof-of-concept and initial commercial deployments.